Stuttering, also known as stammering, is a speech disorder in which the flow of speech is disrupted by involuntary repetitions and prolongations of sounds, syllables, words or phrases, and involuntary silent pauses or blocks due to which the stutterer is unable to produce sounds. This often becomes a reason for embarrassment for individuals as a result of which they loose their self confidence and thus tend to remain isolated. Stammering/stuttering is usually treated with Speech Therapy. Speech Therapy for stammering in Kolkata is not a new concept as we are working in this arena for the past 15 years. 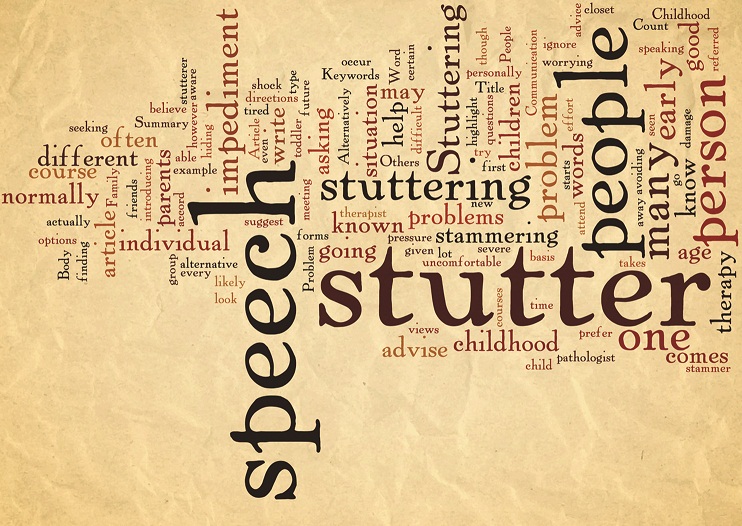 Developmental
Stuttering is typically a developmental disorder that begins in early childhood and continues into adulthood in at least 20% of affected children. The mean onset of stuttering is supposed to be 30 months. Early stuttering behaviours usually consist of word or syllable repetitions; however secondary behaviours such as tension, avoidance or escape behaviours are absent. Most young children are unaware of the interruptions in their speech. With early stutterers, disfluency may be episodic, and periods of stuttering are followed by periods of relative fluency.

Though the rate of early recovery is very high, with time for a young stutterer there may be transition from easy, relaxed repetition to more tense and effortful stuttering, including blocks and prolongations. Some propose that reaction of parents may affect the development of chronic stutter. Recommendations to slow down, take a breath, say it again, etc. may increase the child’s anxiety and fear, leading to more difficulties with speaking and, in the “cycle of stuttering” to ever yet more fear, anxiety and expectation of stuttering. With time secondary behaviours including escape behaviours such as eye blinking, lip movements, etc. may be used, as well as fear and avoidance of sounds, words, people, or speaking situations. Eventually, many become fully aware of their disorder and begin to identify themselves as “stutterers.” With this may come deeper frustration, embarrassment and shame. Other, rarer, patterns of stuttering development have been described, including sudden onset with the child being unable to speak, despite attempts to do so. The child usually is unable to utter the first sound of a sentence, and shows high levels of awareness and frustration. Another variety also begins suddenly with frequent word and phrase repetition, and does not develop secondary stuttering behaviours.

Acquired
In rare cases, stuttering may be acquired in adulthood as the result of a neurological event such as a head injury, tumour, stroke or drug use. The stuttering has different characteristics from its developmental equivalent: it tends to be limited to part-word or sound repetitions, and is associated with a relative lack of anxiety and secondary stuttering behaviors. Psychogenic stuttering may also arise after a traumatic experience such as bereavement, the breakup of a relationship or as the psychological reaction to physical trauma. Its symptoms tend to be homogeneous: the stuttering is of sudden onset and associated with a significant event, it is constant and uninfluenced by different speaking situations, and there is little awareness or concern shown by the speaker.

Treatment
Speech therapy is the treatment for Stammering/Stuttering. Our Speech Therapy for Stammering in Kolkata involves indivualised 1:1 sessions as well as group sessions to overcome the fear of stuttering. The treatment procedure is totally painless and requires extensive practice to get control over your speech mechanism.